One of the most common questions I get is “can you recommend a contractor in my area?” The answer unfortunately is no. I have a trusted group of people I work with where my businesses are located, but when it comes to areas where I don’t regularly work, I can’t recommend anyone specific. But what I CAN do is give you some advice on how to hire a contractor so that you can go out and find the right person or company for your project. 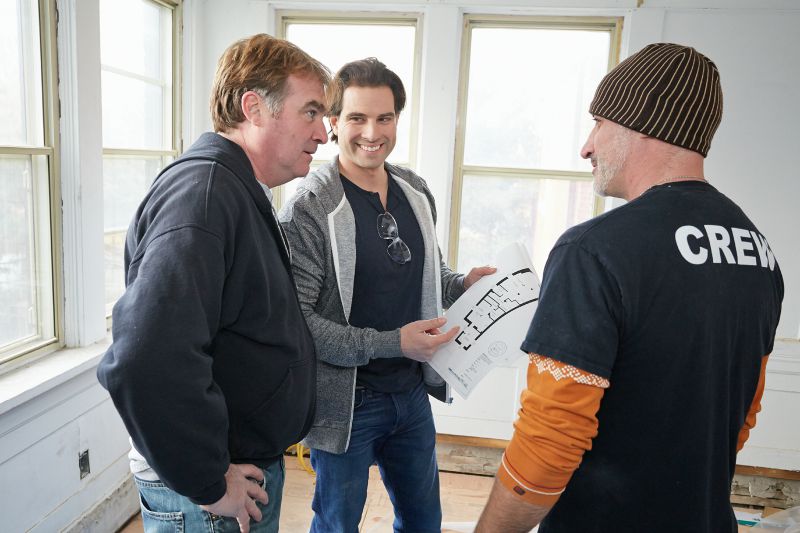 How to Hire a Contractor

The best way to find contractors and tradespeople will always be through referrals. Ask friends, neighbours and colleagues who they’ve worked with or if there’s anyone they can recommend. It’s a particularly good idea to get referrals from people in your neighbourhood. You can easily go in and look at the work that was done and you can feel confident that the builder has worked with local inspectors.

Before you seriously consider hiring anyone make sure you’ve researched and contacted at least 10 companies. Sounds like a lot, right? It’s not. If you reach out to 10 there’s a good chance you’ll hear back from five. Some will be too busy, some won’t be interested in the scope of the project, and others won’t respond for some other reason. Of the five you hear from you’ll be lucky to get estimates from three.

The estimates you get from contractors are just that – estimates. These will be a dollar range with a general description of the work. When choosing a contractor a lot of people focus on these estimates but remember that a lot can change from the original estimate to the final detailed scope of work. Many people go by the theory that you should eliminate the highest and lowest estimates and go with the one in the middle, but I don’t necessarily recommend that since so much can change. Remember that they’re only ballpark numbers at this stage. (Having said that, make sure the estimate isn’t too vague. It won’t be a detailed scope of work by any means, but you want to make sure the quotation reflects the types of upgrades you want.)

Money is important, but a good estimate doesn’t necessarily mean a good experience. When you’re gathering estimates take some time to interview the contractor. Do you like them? Are you comfortable having them in your house? Are they good communicators? Did they seem knowledgeable? Friendly? You’re not interviewing for a best friend but you are interviewing someone who you’re going to have to trust with your home and your money. It’s very important that you be comfortable with this person and his or her team.

Always ask for references from other homeowners the contractor has worked with. If you got the referral from a friend or neighbour you’re already a step ahead of the game, but it’s still a good idea to look at other projects they’ve done. Ask to see some of their previous work that is similar in scope to your planned project. Contact those homeowners and ask them about their experience. Find out if they’re happy with the work itself and how it was working with that person.

Look at the Cost

Chances are pretty good that the estimates you get will vary considerably. I won’t even consider an estimate that is significantly lower than the others because it’s likely not to have included all the things I’ve asked for. When I hire a contractor I usually look at all the other estimates and then consider them along with references from other similar projects they’ve done. Keep in mind of course that things can change over the course of a renovation. Unexpected surprises can and will occur so make sure you have a healthy contingency (anywhere from 15-25% depending on the size of your project and the condition of your house).

The Rest of the Team…

Hiring a designer is similar to hiring a contractor – you want to get referrals, interview a few candidates, and consider the cost, as it can vary wildly based on experience and location. Also, make sure you know the difference between designers and decorators. According to the NCIDQ (National Council for Interior Design Qualification), “Interior design is the art and science of understanding people’s behavior to create functional spaces within a building.” Decoration on the other hand is the “furnishing or adorning of a space with fashionable or beautiful things.” Designers come on board in the early stages of a project in order to create a safe and functional space, while decorators come in at the end to finish it off and make it look good.  A designer often plays both roles, but decorators do not play a part in the design.

If you’re starting from scratch or doing a significant rebuild you may want to hire an architect to handle the design. Architects draw up the plans including things like building specs, insulation, electrical outlets, wall assemblies, etc. If you choose to go this route you can continue to work with the architect throughout the entire process and they can help hire the right contractor and ensure that he/she is following the plans and specifications as required.

The best source for finding and hiring sub-trades (electrician, plumber, etc.) will be your general contractor. He or she will have people they work with regularly and will handle all the scheduling. However if you choose to hire sub-trades directly the most important thing to make sure of is that they are licensed. This is hugely important for safety, but it also protects you in case the work does not pass inspection. Licensed trades can also pull individual permits on your behalf, meaning you have one less thing to worry about.

If you plan on making any changes to the structure, such as removing walls, enlarging windows, creating a separate entrance, or adding an addition, you will need to work with a structural engineer. It’s the engineer’s job to ensure the stability of the building, so you don’t want to skip this step. In fact, in most cases you will need the engineer to draw up plans so that you can obtain the proper permits for the job. Similarly, if you’re altering the layout of the home in such a way that requires moving heat vents you’ll need to have a mechanical engineer prepare the drawings so that you can get a permit. In many cases your general contractor will have someone they work with regularly, but if you want to hire your own go about it in much the same way as you would in hiring a contractor. Make sure they’re licensed, ask to see some of their previous work, and check references.

The kids said they wanted to help make their @stea

Yes, I do always cause a racquet on set 🏸 Watc

Newlyweds Chloe and Arief are ready to build their

What does this quote mean to you? #MondayMotivatio

Making waves this weekend! How’s yours? Are you